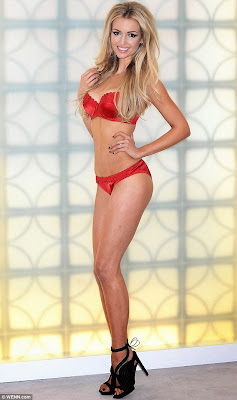 Former Miss World Rosanna Davison has been signed up as a presenter for Liverpool's official television channel, LFC TV.

The 29-year-old model, the daughter of Lady in Red singer Chris de Burgh, is a popular figure in Ireland but her job for Liverpool is her first in broadcasting outside of her home country.

Davison has already shot two 30-minute programmes for Liverpool, to document the club's greatest-ever Irish and international, players. Both are expected to air in 2013.