Statue of Zidane headbutt pulled down 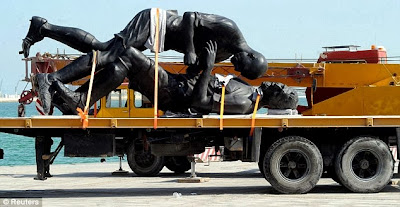 A statue immortalising Zinedine Zidane’s headbutt in the World Cup final has been shown the red card by locals in Qatar.

The bronze artwork - capturing the moment the France star was sent off for his assault on Italy’s Marco Materazzi - was only unveiled in the host country of the 2022 tournament earlier this month.

But now it has been removed having triggered an angry reaction on social media.

According to reports, statues of human beings are prohibited under Islamic law to avoid the possibility of idolisation.