Carrick is certainly a good player, but is he worth £18.6million ?

I would have thought that Man. Utd (similar to Newcastle) would have been focusing their efforts on signing a new striker instead of bolstering their midfield.

Looks like they're going to miss another deadline ... is it ever going to get completed ? The whole process has been a complete farce.

So that's why we didn't win the World Cup ... silly me, I thought it was because we didn't play very well.

Considering the fact that he had so many shots in the World Cup without scoring, including the penalty shootout, I'm surprised that he's criticizing anyone.

A calendar to count down to the big day

How happy are you ? 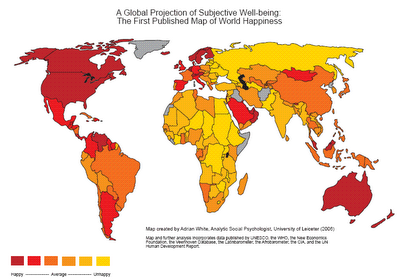 "A radio journalist has been revealed as the saviour who came to the aid of a cashless Victoria Beckham when she wanted to buy some chips at half-time during an England World Cup match last month."

Considering how thin she is, I would think she was only buying one or two chips anyway, so it wouldn't cost him too much.

Feet cold and wet
Glass Being held at incorrect angle.
Rotate glass so that open end points toward ceiling

Opposite wall covered with fluorescent lights
You have fallen over backward.
Have yourself leashed to bar

Mouth contains cigarette butts, back of head covered with ashes
You have fallen forward
See above

Beer tasteless, front of your shirt is wet
a. Mouth not open
b. Glass applied to wrong part of face
Retire to restroom, practice in mirror

Beer is crystal-clearIt's water!
Somebody is trying to sober you up
Punch him

People are standing around urinals, talking or putting on makeup
You're in the ladies' roomDo not use urinal!
Excuse yourself, exit and try the next door down the hall. Try to get phone numbers (optional)

Hands hurt, nose hurts, mind unusually clear
You have been in a fight
Apologize to everyone you see, just in case it was them

Your bedroom is painted gray, has a concrete floor and an interesting steel door. Toilet may be conveniently located next to your bunk
You're in jail

Nothing to do with football

I don't think I'll be shaving anytime soon though.

I saw this in New Scientist, and thought it was funny, especially the part about the beer-stained t-shirt ...

"Pretend World Cup trip
JUST how World Cup obsessed are your friends and workmates? What would it be worth to prove to them that, yes, you were there when your national team scored that crucial goal?
Feedback has just received an email from www.fakealibi.com plugging an offer to provide fake documentation of a World Cup trip. For just £99.99 you get ticket stubs, flight and coach details, a "virtual phone number" to field calls and a beer-stained shirt.
Naive as we are, our first thought on receiving this was that fakealibi.com had reversed the normal flow of alibi. That, we assumed, would be to prove to your boss, who has unaccountably failed to understand the life-or-death nature of this sporting fixture, that you were, in fact, dutifully attending an ISO 9000 Quality Assurance Review Day in Swindon, UK - not painting your face in Dortmund, Germany.
But then we lifted our eyes from the bare text and noticed the slightly disturbing signature graphic on the site. It depicts a blonde person, oscillating sinusoidally on what appears to be a hotel bed. That, the site seems to imply, could be the reason why a person might want to pretend they were at the World Cup."

An interesting article here from the BBC site explaining England's lack of success in big tournaments.

A pretty solid World Cup worst XI - I wouldn't argue with many of the choices, though to be fair, Owen only played half the tournament.

I still think that the Italian teams will appeal, and they won't end up being relegated. It's just my gut-feel, but there's too much money involved.

A company is selling World Cup air - smells suspicious if you ask me.

In my humble opinion, the best player ever

Breaking one leg is unlucky ...

but breaking both is just jinxed.

The clip was apparently filmed by his daughter. He could score goals, but he sure can't sing.

Bowyers fine for the Dyer incident must work out to be about 5 minutes wages.

Well, a new Premiership season is just around the corner ... can anyone challenge Chelsea and their millions ? I like the look of Spurs this year, they've made some decent signings and I think they'll be challenging for a top 3 spot.

Sign-up for fantasysportnet here for free, and pick your team. You can create private leagues for your friends, or join a public league and lpay against the world.