FIFA's lawmakers meet on Saturday to discuss changes to soccer's rulebook including extra referees, sin-bins for yellow card offences and increasing the number of substitutions during a match.

The International Football Association Board (IFAB) - which sets the rules for the world's most popular sport - will assess whether extra linesmen monitoring penalty areas at the end of each pitch can help alert referees to fouls or diving, while avoiding the need to introduce potentially disruptive video replays.

The IFAB will also consider a plan to extend halftime from 15 to 20 minutes and a clarification of the wording of the offside law.

Manchester Airport is pursuing an insurance claim against Manchester United star Cristiano Ronaldo for the damage he caused when he crashed his Ferrari in a tunnel, airport bosses confirmed on Friday.

The Portuguese winger walked away uninjured after he wrote off his sports car in the collision last month.

His vehicle bounced off the walls of the tunnel on the A538 near the airport which takes traffic under the runways between Wilmslow and Hale.

His £200,000 Ferrari 599 GTB Fiorano Spider then struck a metal handrail which guarded an emergency exit door and came to a halt when one of the wheels came off.

It is understood Ronaldo faces a £20,000 bill to pay for repairs to damaged brickwork, buckled railings and the smashed exit door.

Seven sent off in Brazilian brawl

Seven players were sentoff after a ferocious brawl sparked by a goal celebration in a Brazilian match.

The fight held up play for a quarter of an hour at the end of Thursday night's game between Brasil and Ulbra in the Rio Grande do Sul championship, one of the regional tournaments which kick off the Brazilian season.

Television pictures showed that trouble broke out when Rogerio Pereira scored the final goal in Ulbra's 5-2 away win and went to celebrate in front of the Brasil supporters.

Pereira was attacked by several Brasil players, leading to a fight near the corner flag in which players punched and kicked each other and tripped over the advertising hoardings.

Several players were seen to kick or punch rivals from behind, then run off.

Reserve players and team officials also joined in while riot police moved onto the field but kept out of the fighting.

At one stage, Brasil president Lopes ran onto the field and was seen aiming a kick at a player.

The owners of Weymouth Football Club have revealed plans to issue a million shares to help save the club after the collapse of takeover talks this week.

Chief executive Gary Calder said: "The talking's got to stop, if they don't we'll have to make a tough decision early next week.

"The players have not been paid in 2009 and the club owes around £300,000. A million shares, worth fifty pence each, will now be sold in an effort to raise funds.

If the move is unsuccessful the club could face administration or liquidation. 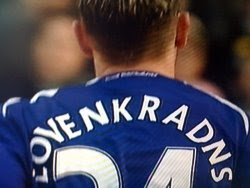 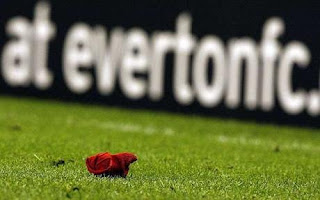 Liverpool fans targeted the Everton players with rolled-up socks at Goodison Park on Wednesday night in their FA Cup fixture.

It was a dig at Everton’s proposed move to a new stadium in Kirkby on the outskirts of Liverpool.
Residents of Kirkby, a mainly working class area, are sometimes derided as "sock-robbers."
This is a rather cruel reference to the way that burglars from the area allegedly put socks over their hands to avoid leaving behind finger-prints.
What started as a joke on a Liverpool supporters’ internet forum mushroomed into Wednesday night’s carefully-organised stunt, which was embellished with a raucous chant of "sock-robbers."
// posted by asteroiderz @ 2:47 pm 0 comments

The Football Association is demanding "a full explanation" into how viewers missed a crucial FA Cup goal due to a technical hitch.

ITV boss Michael Grade has said the glitch, which has prompted 1,000 complaints, was "inexcusable".

An automated system for screening adverts was still in place during the extended Liverpool v Everton match.

It is used when schedules are running normally, and fails to take overruns into account.

In a statement, ITV called the occurence an "unprecedented transmission error".

But the FA has called for a fuller explanation, saying the mistake was "very disappointing".

A man who has lived on the derelict site of Stoke City's former Victoria Ground since New Year's Day has had his tent burned down.

David Barker said he wanted to occupy the site for 10 years in order to gain possession of it legally and turn it over to park use.

He said he was taking action because it had lain derelict for 11 years.

But it was set alight on Friday afternoon. He was not inside at the time and said he planned to return.