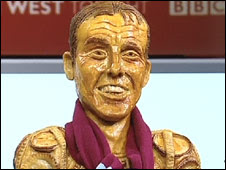 A pie firm has proved it is not bitter over the end of its Burnley Football Club sponsor deal by immortalising the manager in pastry.

Baxenden-based Holland Pies pulled out of its partnership with the club when the team had a run of bad luck, early in the season.

It was made by a food artist to celebrate the club's success and will be presented to Mr Coyle. 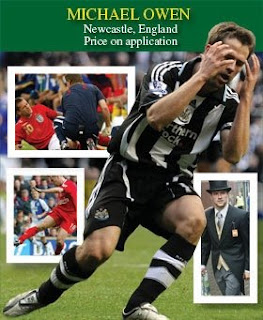 Michael Owen has sent a glossy 34- page brochure about himself to eight Premier League clubs in a desperate attempt to find a new team for next season.

It is believed to be the first time in Premier League history that a player has produced his own prospectus to prompt a transfer.

The one-time golden boy of English football and former European Footballer of the Year has been reduced to hawking himself around after suffering the ignominy of relegation with Newcastle.

In it, WMG boast about the benefits of signing the ex-England striker, his clean-cut image, commercial value and goalscoring prowess and include a medical report.

The outspoken FIFA president insists no one should be shocked by the world record move for the Manchester United ace.

He believes that, despite the financial meltdown, Ronaldo's price-tag is acceptable.

Blatter said: "We are in a sensitive market at the moment and there is an economic crisis.

"But football is a good product and we are giving people what they want.

"It is the game of the people and full of emotions. Football needs to have stars like Ronaldo.

The damage was worst near the goals and centre circle at the Somhlolo National Stadium in the capital Mbabane.

The muti, which some believe will help teams win games, has been stuffed under the turf over the last month.

"Maybe we have to consider banning one big team because whenever that team would be playing at the stadium, something strange would happen," government sports officer Sipho Magagula said.

The country's sports minister has reportedly filed a formal criminal complaint over the damage, which has been noticed before and after national league games.

Walcott not a "little boy" 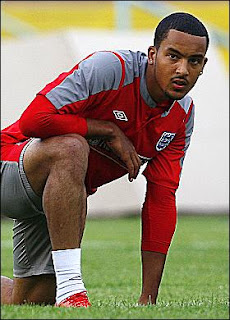 Theo Walcott has confessed he grew a moustache and a designer beard because he was sick of Arsenal players calling him "Sweet Little Boy". Walcott, who joined the club at 16 and was in England's World Cup squad at 17, was taunted for his baby-faced looks.

But he insists he has grown up now.

Walcott said: "They used to call me Sweet Little Boy. That's why I grew the beard and 'tache. They can't use that any more."

He admits he is a goody two-shoes but cringes when recalling one incident at school.

The forward, now 20, said: "It's not like me but there was this boy who took our ball and had me in a headlock.

"So I punched him and made his nose bleed. I had to stand by a wall for 10 minutes.

"My family kept my feet on the ground. If I'd done anything wrong they would have got to know about it. But I was a good little boy." 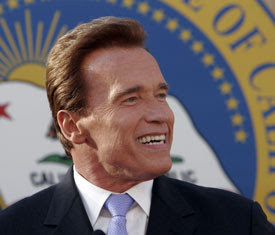 California Governor Arnold Schwarzenegger accepted an invitation on Tuesday to join the Board of Directors for the USA Bid Committee in its endeavor to bring the FIFA World Cup to the United States in 2018 or 2022.

As governor of California, the most populous state in the U.S. with a significant history of playing host to FIFA World Cup men's and women's matches, Schwarzenegger will play an influential role as a member of the Board of Directors as the USA Bid Committee prepares its application and campaign to bring the world's largest sporting event to the United States.

"Soccer is the world's most popular sport and California has been home to some of its most exciting games, and I am proud to be a part of bringing the World Cup back to the United States," said Governor Schwarzenegger. "The millions of fans from around the globe that will travel to the United States to cheer their teams will prove a great benefit for our state, our nation and the world of soccer." 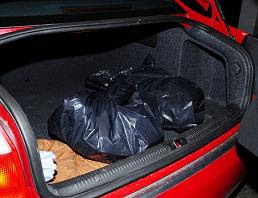 The FA Cup normally travels the country in a velvet-lined security case, with two commissionaires who wear white gloves to touch it, but not on Saturday night.

The Cup was taken back to Stamford Bridge by a senior Chelsea security officer in his car after a party.