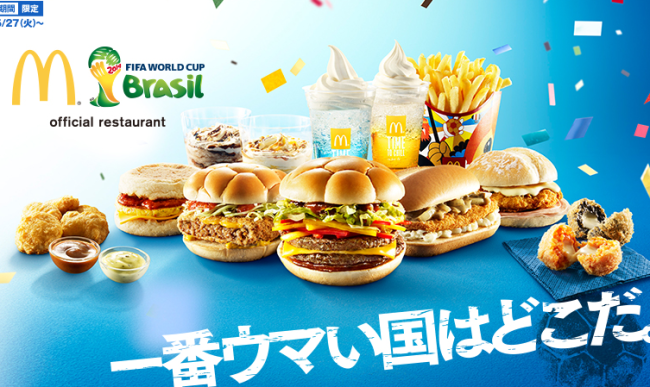 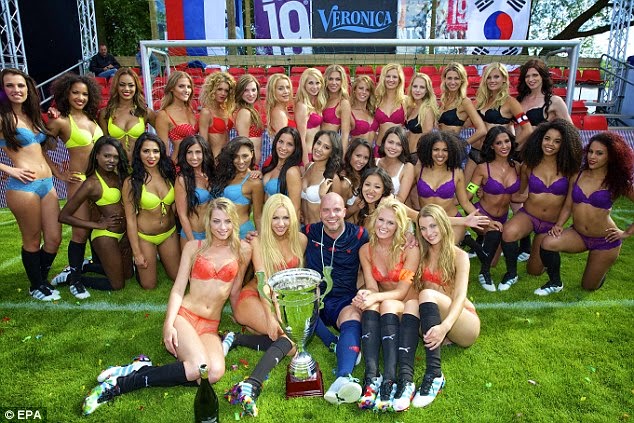 With the World Cup just weeks away, the lingerie version of the tournament took place on Saturday.

A host of scantliy-clad beauties represented their countries at the competition and the lucky referee was former Holland international Andy van der Meyde.

The ex-Everton wideman officiated the games in his home nation and appeared to enjoy the role as he laughed and joked with the players. 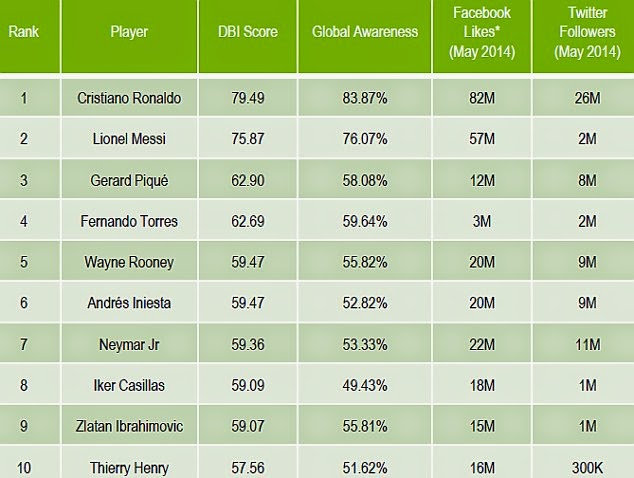 Former Villa star Stan Collymore has been branded "disrespectful" and "ignorant" in a Twitter row over the Falklands.

The £7 million striker found himself in his second Twitter row in 48 hours after claiming Britain "thieved" ownership of the South Atlantic outpost.

He added: "What glory, what triumph.

Collymore was accused of "offending thousands" with the tweet, which also sparked anger among comrades of soldiers killed in the 1982 war.

And the official Twitter feed of the Falkland Islands Government added: "Very disappointed to hear Mr Collymore’s views on the #Falklands, factually incorrect and hurtful."

The former England forward, now a Talksport radio pundit, insisted he not been disrespectful to Britain’s war dead.

A deaf football team ended a catastrophic season on minus six points - because they could not hear the referee’s whistle.

Perry Barr-based Birmingham Deaf FC’s sequence of shocking results were among the worst in the Birmingham AFA Saturday League’s history.

They lost all but one of their 26 fixtures, shipped 164 goals and ended bottom of division five.

The squad couldn’t hear the referee’s commands - and claimed their pleas for flags to be used instead fell on deaf ears.

Club secretary Guy Whieldon, who is deaf, said: "Most lads feel officials are not geared-up for a deaf team due to communication breakdowns, which cause difficulty.

"The referees are supposed to wave flags while, at the same time, blowing a whistle.

"Most referees forget to wave or simply don’t want to use a flag."

A player from Sutton United, who beat BDFC 10-0 home and away, told the Mail that difficulties were apparent from the first whistle.

"The ref would blow for a stoppage and they would continue to play," he said.

BDFC, based at Birmingham City University’s Moor Lane pitches in Perry Barr, were deducted nine points for failing to turn up for three games.

And their showing during the season was so poor, they look set to be relegated TWO tiers to the league’s basement, division seven.

The weekly drubbings included a 15-0 defeat to Walsall All Stars.

Modric celebrates 'La Decima' by getting a haircut 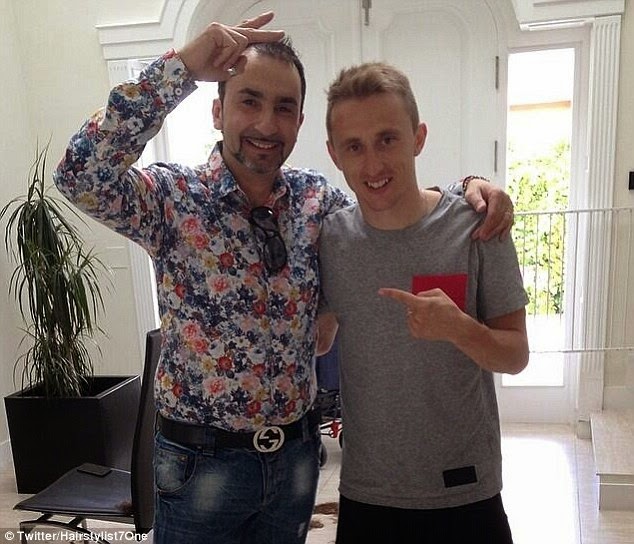 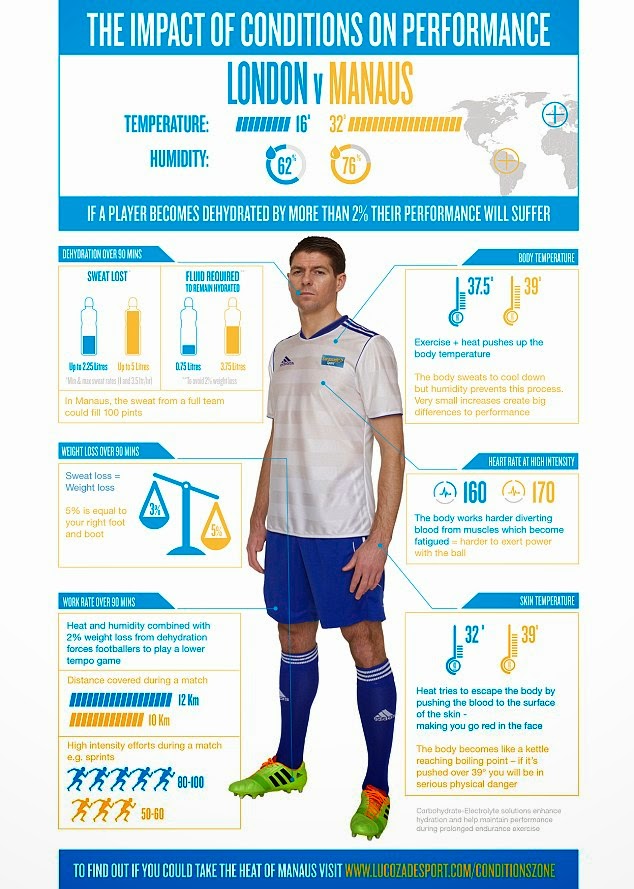 Real Madrid are bringing along heroes from their previous nine European Cup wins to Lisbon for Saturday's Champions League final against Atletico Madrid, while the scramble for tickets for the decider continues.

Madrid's squad take the short flight to the Portuguese capital on Thursday evening, having requested the same plane and crew which flew them to Munich last month for the 4-0 semifinal second leg victory which secured a first final place in 12 seasons and a chance to clinch the long-awaited "La Decima" -- their 10th European Cup. 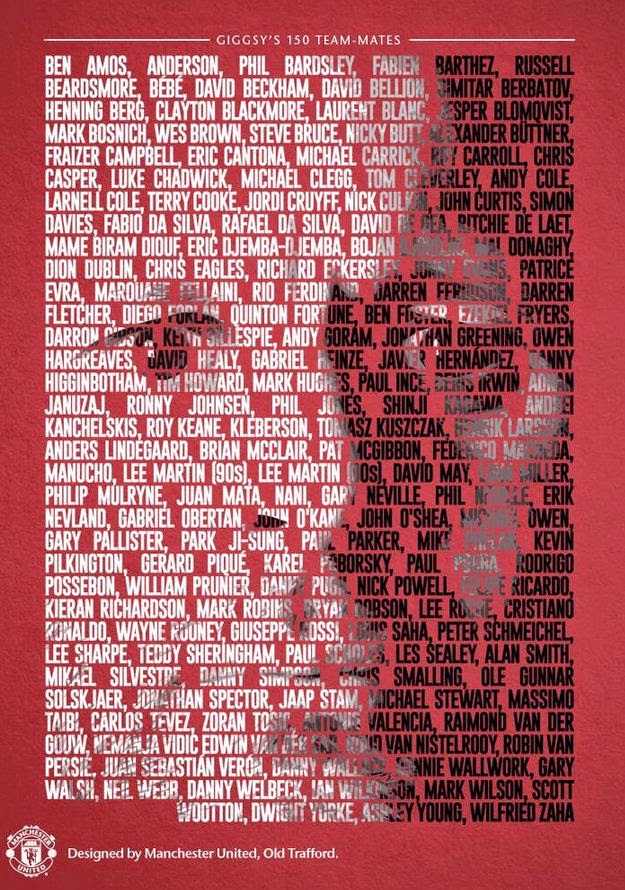 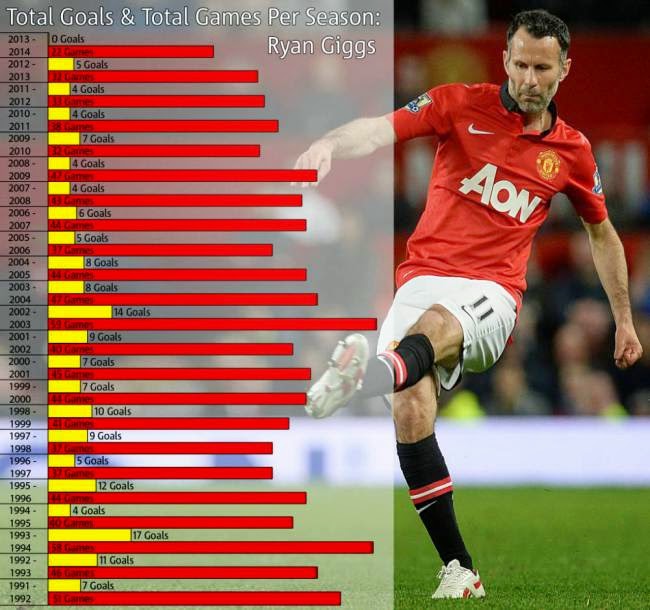 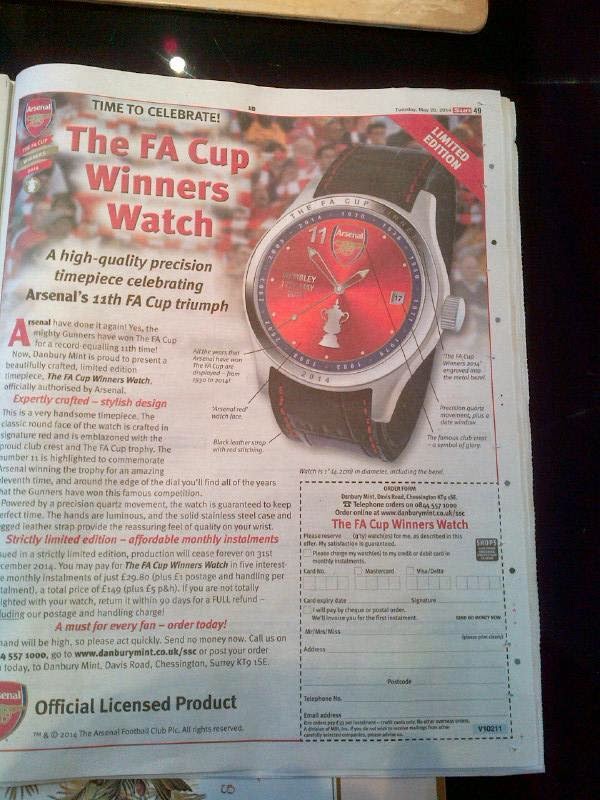 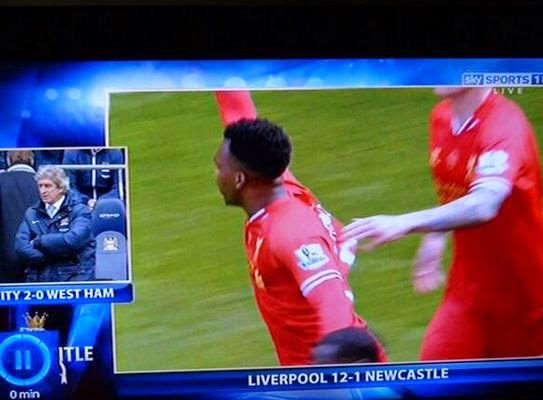 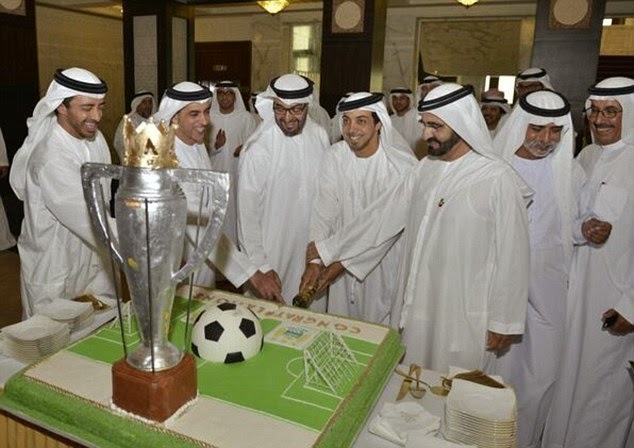 Europe's top leagues have stated their clearest opposition yet to changing the 2022 World Cup dates in Qatar.

The European Professional Football Leagues group says 'all scenarios on the rescheduling of the World Cup in Qatar are damaging the domestic competitions and leagues' business interests.'

Top-tier leagues face taking an eight-week mid-season break if the World Cup kicks off in November, as has been suggested by FIFA President Sepp Blatter.

Blatter has set next March as the deadline to decide the tournament dates.

European leagues and clubs have long been expected to oppose a November-December World Cup. 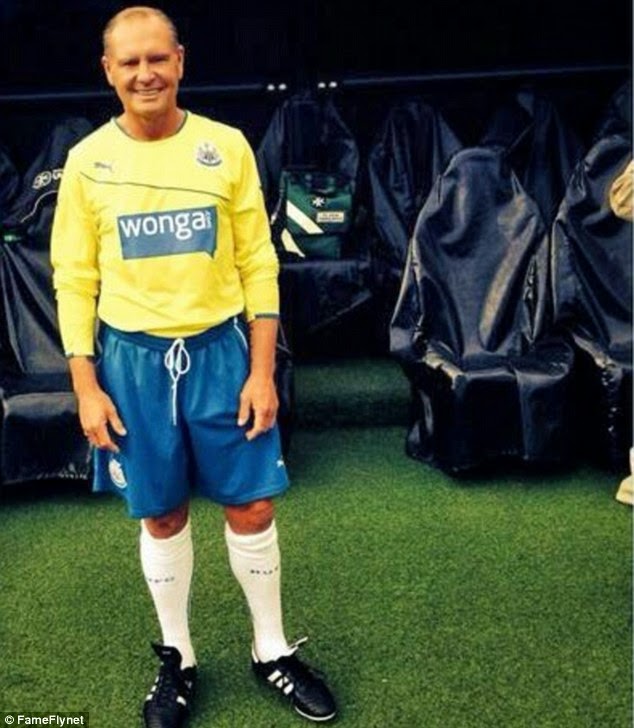 Gazza was back at St James’ Park on Sunday as he donned the Toon kit to take part in the club’s annual staff match.

The 46-year-old remains close pals with former team-mate Peter Beardsley and it was the reserve-team boss who brought the England legend along for the game.