The England man criticised Levy on the social networking site on Thursday night, accusing him of holding up his proposed move to Sunderland.

Bent, who was pulled off Tottenham's trip to China at the last minute on Monday, said in a statement on the Spurs official website: "I appreciate that transfers are seldom straightforward and are often complex.

"However, after a long period of waiting following my withdrawal from the plane to China, I had become incredibly frustrated by the time these things take and I posted inappropriate comments on my Twitter site.'

"I allowed my emotions to get in the way of my better judgment. I regret my actions and did not intend to offend Daniel Levy or anyone with the nature or the content of my posting.'' 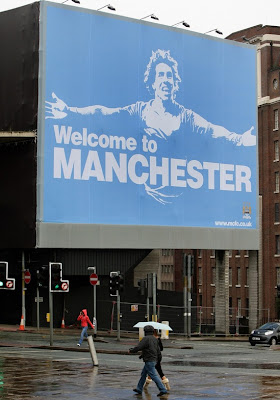 Berbatov is a Beatle 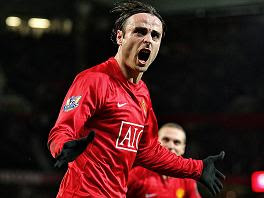 But the United striker admitted he must score more goals and have more of an impact next season if he is to keep his place in Sir Alex Ferguson's starting XI.

"This is my first pre-season with the team," said Berbatov. "I've never been on a tour like this. It's like being in The Beatles.

"Everybody's screaming and chanting our names. I'm very happy to be part of it and it makes you feel good that so many people want to come and see you.

Manchester United are to open their first cafe in the western Indian city of Mumbai (Bombay) later this year.

Earlier this year, the country's telecoms giant, Bharti Airtel, became the first Indian company to strike a sponsorship deal with the club.

Now Manchester United Food and Beverage, the club's hospitality arm, has announced it is rolling out upmarket bar restaurants in several Indian cities, and Mumbai's famed nightlife makes it the obvious first choice.

The cafes will feature large video screens on the walls to screen matches, and booths selling players' shirts and club memorabilia.

Manchester United striker Wayne Rooney says if he had not become a footballer he may have become a priest.

Asked what he would have done if he could not play football, the 23-year-old said:

"I haven't a clue what else I could have done, I wasn't really the best in school. I always enjoyed religious studies - so maybe a priest."

Some 70,000 construction workers in South Africa have gone on strike, halting work on stadiums being built for the 2010 World Cup.

Unions are threatening to wreck the tournament if their demands for a 13% wage increase are not met.

Organisers say they are confident the grounds will still be ready, unless the strike continues for months.

"We feel bad about going on strike. [But] they don't want to meet us half way," he told AP news agency. 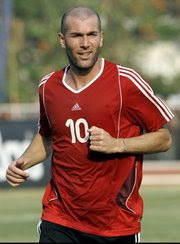 Zinedine Zidane's charity soccer match Saturday in Vancouver is in danger of being cancelled after the former French star suffered a freak injury.

Organizers said Zidane injured his back while bending down to pick up his child Wednesday night as he was watching Vancouver's Canada Day fireworks display.

The game at B.C. Place is the finale in the three-game "Friends of Zidane" tour that has already staged events in Toronto and Montreal.

The former FIFA World Player of the Year underwent physiotherapy Thursday, but may have pulled a tendon in his back and recovery usually takes a week.

The games pit Zidane and other current and retired international soccer stars against local select sides with proceeds going to UNICEF and other causes.