Werner and owner John W Henry were so impressed by YouTube clips of the England international slotting balls into five wheelie bins from long range that they decided to make an offer to Villa for the left-footed midfielder. They later found out the video was doctored.

"There was some footage of Stewart where he was, from 30 yards away, kicking a football into five different trash cans and it was brilliant," said Werner.

"John and I said: 'Oh my God, this player is brilliant, we've got to figure out a way to make a deal with him'."

It was only later that Werner and Henry realised the footage had been digitally enhanced as part of a campaign to boost season ticket sales at Villa.

Kevin-Prince Boateng injured from 'too much sex', says girlfriend 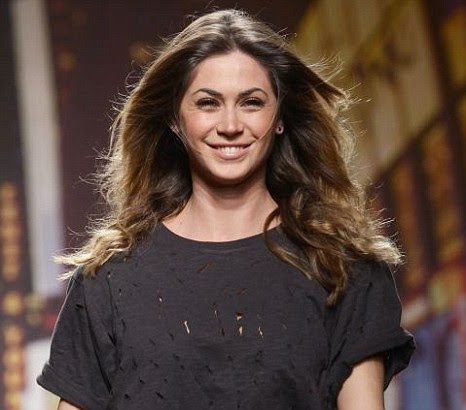 Former Spurs and Portsmouth midfielder Kevin-Prince Boateng's injury problems stem from the amount of sex he has, according to his girlfriend Melissa Satta.

Despite becoming an integral part of AC Milan's midfield, the 24-year-old has only started 15 games for the side this season due to a succession of minor injury problems.

He is also set to miss the next month with a thigh injury, and his model girlfriend Melissa believes their active love life is to blame.

The 25-year-old told Vanity Fair: 'The reason why he is always injured is because we have sex seven to ten times a week.

'I hate foreplay, I want to get straight to the point. My favourite position is on top so I can take control.'

It seems Manchester United striker Wayne Rooney has a new passion for musical instruments and is prepared to roll with it by purchasing a classic Oasis drum kit.

Former Oasis drummer Tony McCarroll is selling off the drums he used on the classic Definitely Maybe album and apparently Rooney is interested.

'I heard a rumour Wayne Rooney was interested in buying the drum kit and thought that might be better than leaving it in storage,' McCarroll told the Sun newspaper.

The drummer left Oasis in 1995 after appearing on the iconic album. 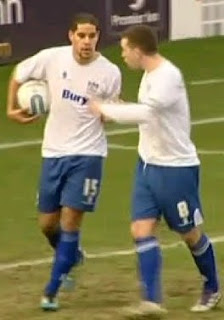 Bury players Giles Coke and Steve Schumacher were involved in a wrestling match over who should take a spot-kick against Yeovil.

Coke, on loan from Sheffield Wednesday, won a 35th-minute penalty and wanted to take it himself.

He scored from the spot at the end of his previous Shakers stint in October.

But skipper and normal penalty-taker Schumacher tried to grapple the ball off him.

It took several team-mates to pull them apart and both were booked before Schumacher converted to make it 3-1.

Schumacher admitted: "At the moment it's still tender. Hopefully, we'll sort it out on Monday.

Maradona has developed an affinity for big-spending City since his son-in-law Sergio Aguero signed for them.

‘He follows me pretty closely,’ said Aguero after Sunday’s victory against Tottenham. ‘He always wants to know how we are getting on, and we keep in regular contact through text messages.'

Mario Balotelli was left red-faced after his £120,000 car was reportedly targeted by egg-throwing United fans while he enjoyed dinner at a Manchester restaurant.

'He'd parked down a side street but unfortunately it was parked right next door to a well-known Man United pub,' a source is quoted.

'Loads of fans were in there watching the later Arsenal game and they must have come out and seen his car.

'They pelted his roof with eggs. The yolk was dripping down all one side. It was pretty disgusting.'

Beer must be sold at Brazil 2014 World Cup, says Fifa

Beer must be sold at the 12 venues of the 2014 World Cup, according to Fifa general secretary Jerome Valcke, who has been involved in a dispute with lawmakers in Brazil over the sale of alcohol.

Valcke considers the issue so important that he has said the country should make a law that allows alcohol to be sold during the World Cup.

Alcoholic drinks have been banned in Brazil's stadiums since 2003 as part of the Supporters' Statutes, aimed at preventing violence among hardcore fans at football matches.

Fifa is growing impatient because the passing of World Cup legislation has been held up over the alcohol dispute.

Fifa has a key sponsorship deal with US brewer Budweiser, which belongs to the world's biggest beer-selling group Anheuser-Busch InBev.

Former Liverpool and Manchester City midfielder Dietmar Hamann has revealed how he once lost an incredible £288,400 on a single bet.

'I was spread betting because it requires more thought, and the more my brain was engaged the less I thought about the devastation I was feeling inside,' Hamann said, writing in his autobiography 'The Didi Man'. 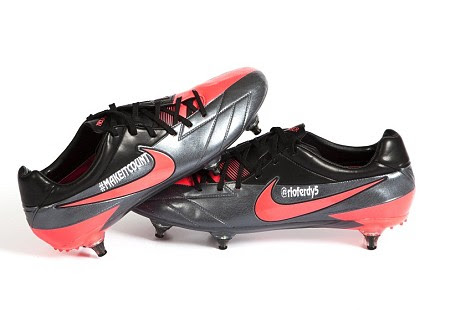 Rio Ferdinand and Wojciech Szczesny won't just be battling it on the pitch when Manchester United face Arsenal at the Emirates on Sunday - they'll also be competing for Twitter followers by sporting personalised football boots with their account handles embossed on them.

The two Premier League stars are regular tweeters, although Ferdinand currently dwarfs The Arsenal goalkeeper's number of followers with 1.8m compared to Szczesny's 334,807.

The special boots, which will also have #makeitcount embroidered on them, are part of Nike's 'Make It Count' campaign, which was launched on Twitter on New Year's Eve. 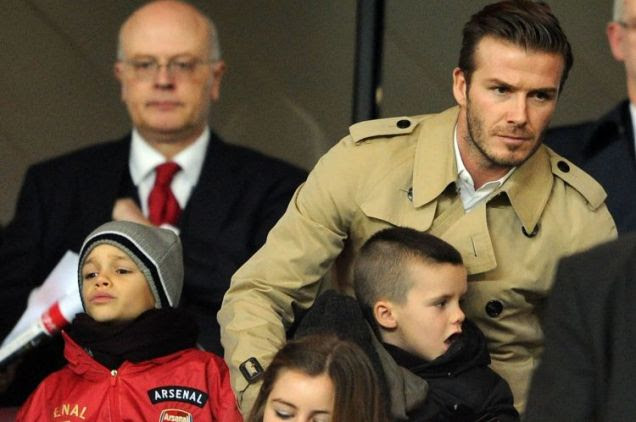 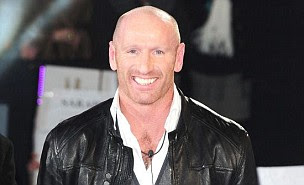 Oxford City have sacked striker Lee Steele after he made a homophobic Twitter comment about Welsh rugby legend Gareth Thomas.

Thomas is currently taking part in Celebrity Big Brother on Channel 5 and, passing comment on the show, Steele tweeted: 'I wouldn't fancy the bed next to Gareth Thomas #padlockmya**e'.

Members of the Oxford City board were made aware of the 38-year-old forward's comment, and have decided to sack the player.

Seven footballers from across the four home nations have turned down invitations to play in the Team GB Olympic football team.
The greatest objections to the Team GB union have come from the football associations of Scotland and Wales. They are concerned, despite FIFA guarantees, about losing their independent status.

But there looks to be sporadic opposition throughout the home nations, rather than it being concentrated in Cardiff and Glasgow. 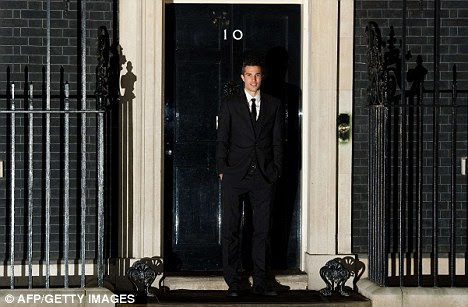 Arsenal captain Robin van Persie put Sunday's defeat to Swansea behind him as he made a trip to see the Prime Minister.

The striker swapped his Arsenal No 10 shirt for No 10 Downing Street as he attended a reception marking the one-year anniversary of the Government's partnership with football youth charity Street League of which the striker is the new ambassador.

Van Persie tweeted: 'It was a real honour to meet the Prime Minister tonight (even though he is a Villa fan!) Great night and great cause.' 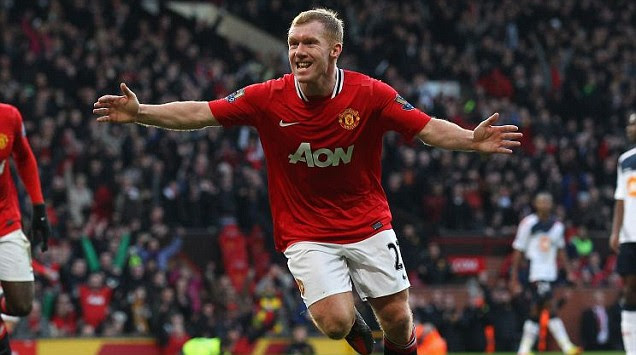 The 37-year-old has only just made his return to football but is already proving why he was so sorely missed.

When the veteran midfielder decided to come out of retirement and play for the Red Devils again, he could have envisaged several problems.

He must have wondered whether he was going to be fit enough, or whether he would ruin his great reputation.

One problem that did arise, which he probably didn't see coming, was whether he would have a pair of football boots to play in.

He had a pair he used when coaching United's youngsters, but didn't feel these were suitable.

Instead of doing what any other player would do (calling his sponsor to supply him with new ones!), Scholes decided to pop into his local sports shop and buy a pair for £40